Alas: the image was on google plus and is probably lost to the sands of time

This mighty fortress started in forgotten times as a lively city: one day the sky started cracking, as if a cut had riven its dome.

For a long time after the initial panic, it looked like nothing was really happening. But the infamous Grand Vizier Sakhet could not stand the feeling of impending doom from the sundered sky and ordered the council of sorcerers to prepare a ritual that would secure the city.

What happened afterwards was cruel misfortune, or maybe poetic fate: the rite devised to close the cut in the sky needed energy, and that energy had to come directly from the nearby lands… the sky was closed, but the land waned, eroded by the winds.

In the span of a generation, the once mighty city was a fortress perched on a peak, most of its people long gone, bringing civilization and culture and colors to distant lands, leaving only a husk of the former glory squatting on the mighty peak.

This short bit of impromptu fiction is what you can end up with after a Lore Phase of Swords Without Master. It’s an odd little bit of the game that you actually play whenever you feel, not during a game session at all. One of the members of the g+ SwM community posted a picture as inspiration, eidolon or simulacrum, and since it looked interesting I started a Lore Phase with whoever was passing by. You can read the process that got me to this bit of fiction in the thread. 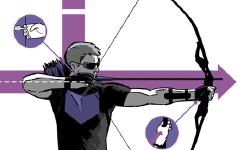 Barton, Eye of the Hawk