With horrible delay I write here a few AP notes regarding my experiences with Fred Hicks’s Escape or Die!, a game still in development, that the author was very kind to send me for an on-the-fly Italian adaptation and playtest.

The occasion was the wonderfully successful InterNosCon09 (INC09), a gathering of players much in the vein of Camp Nerdly or the Nerdly Beach Party in the US. Escape or Die! is a timed game intended to recreate the wild and breathtaking experience of an escape movie: think Most Dangerous Game, Deliverance, but also Aliens and any movie where the protagonists are faced with an implacable menace and they tend to die before the end.

The game resides, for now, entirely on its character sheets: Fred sent me his latest version, and I adapted them to Italian keeping most of the looks. Then, since the game has interesting boardgamey elements, I bought a good quantity of wood painted bits from SpielMaterial through their official italian importer (our friend Angelo Porazzi): little men/pawns in four colors for the Escape/Die trackers, and cubes for the Fear and Edges points.

EoD! at the table

There were 7 players at the table (me included, since the game has no GM), and the premise we made up (following the Situation Worksheet of the game) was “Escape from the Mysterious Island of Doom”: a scientific espedition crash landing on their intended destination island, discovering that it is chock full of dangerous creatures and locales.

We did not really specify more than that about what the menace actually was, and that was maybe a bit of a shortcoming, making for an even more incoherent plot.

The game is timed; I had an electronic hourglass but the battey failed me (go figure, I had checked it 2 days before) so I used the alarm/countdown on my cellphone and it worked well.

All the game was a mad run from the members of the expedition, with planes exploding, forest fires, quicksands, the volcano awakening, giant crocodiles, angry man-eating local tribesmen, giant headsquashing white gorillas, friendly fire from the rest of the expedition, and to top it all a warship with stormtrooper-like guys with flamethrowers, coming to ‘cleanse’ the dangerous island.

Then the fireworks started: three people died in gruesome ways (me, plus two other players) in quick succession, triggering a very quick escalation from turns of 7 minutes to 3 minutes between Doom striking. Things got very, very frantic.

The expedition Doctor managed to Escape on the warship, stolen from the soldiers, and the plane mechanic managed to defuse the auto-destruction mechanism (also escaping).

Then, the coronation of the game came.

The last survivor (a war veteran with a penchant for explosives, IIRC) was struggling, trying to climb inside the ship and escape, with Escape 10 and Doom 11. He chose to use his last Tweak (a couple of dynamite sticks) to boost his high Push, rolled… and got 2, the VERY SECOND before the clock struck Doom!

His escape got to 12 exactly one second before dying, basically.

Comments about the game: all the people around the table enjoyed it very much. It was a fun, wacky, energetic time, with lots of shouting, laughing, and frantically saying “give me a scene, give me a scene!”.

Practically all of them asked me if it was possible to have a copy of the sheets, to play with their friends at home: this could amount to a good number of playtests!

Critiques (mine, and from the players):

All in all, though, a very fun game: I think I’ll play it again in Con setups. :) 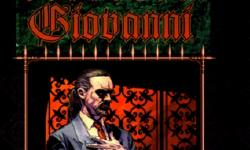 Clanbook Giovanni, or how a "western" and "rich" culture can be appropriated

Can you play Fiasco online?

Hosting for my 3:16 maptool package updated